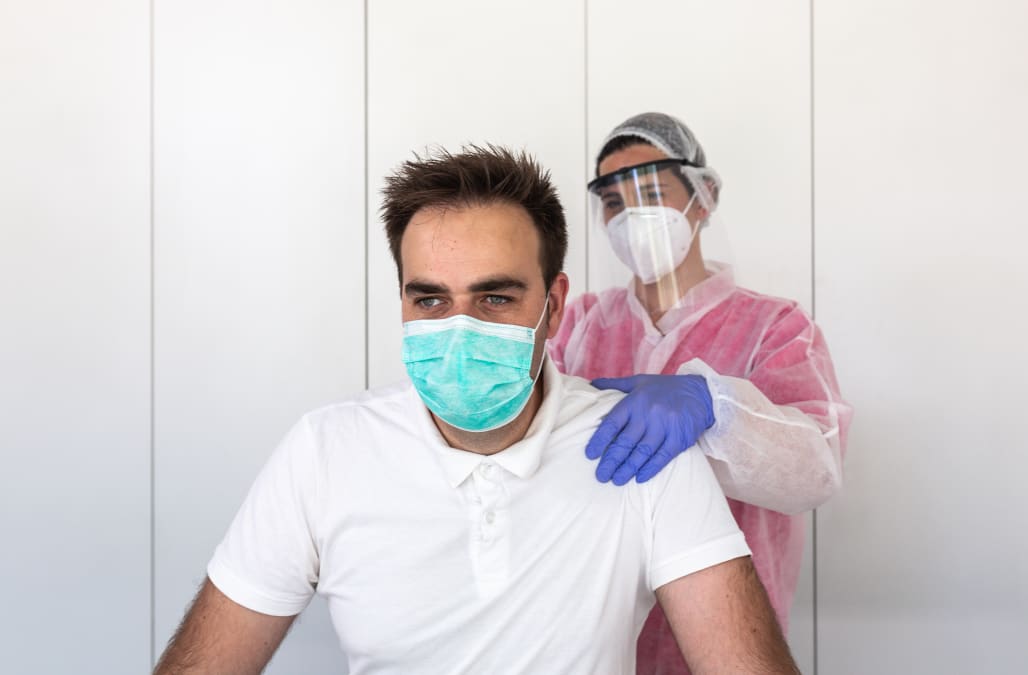 LONDON, Oct 15 (Reuters) – Ongoing illness after infection with COVID-19, sometimes called “long COVID,” may not be one syndrome but possibly up to four causing a rollercoaster of symptoms affecting all parts of the body and mind, doctors said on Thursday.

In an initial report about long-term COVID-19, Britain’s National Institute for Health Research (NIHR) said one common theme among ongoing COVID patients – some of whom are seven months or more into their illness – is that symptoms appear in one physiological area, such as the heart or lungs, only to abate and then arise again in a different area.

“This review highlights the detrimental physical and psychological impact that ongoing COVID is having on many people’s lives,” said Dr Elaine Maxwell, who led the report.

Many thousands of people worldwide have linked up on social media platforms and online forums to share their experiences of ongoing COVID-19 symptoms. Some call themselves “long haulers” while others have named their condition “long COVID.”

According to UK-based patient group LongCovidSOS, data from a King’s College London-devised symptom tracker app shows that 10% of COVID-19 patients remain unwell after three weeks, and up to 5% may continue to be sick for months.

Maxwell, who presented the findings of the “Living with COVID” report in an online media briefing, said health services are already struggling “to manage these new and fluctuating patterns of symptoms and problems.”

She and her co-authors urged patients and doctors to log and track symptoms so that health researchers can learn more about the condition and how to ease it as swiftly as possible.

“Despite the uncertainties, people need help now,” she said. “We need to collect more data.”

Figures who have tested positive for coronavirus

Last week, Tom Hanks and Rita Wilson announced that they had tested positive for COVID-19 after contracting it in Australia, where Hanks was filming a movie.

“We felt a bit tired, like we had colds, and some body aches,” the Oscar-winning actor shared on Instagram. “Rita had some chills that came and went. Slight fevers too. To play things right, as is needed in the world right now, we were tested for the Coronavirus, and were found to be positive.”

“Well, now. What to do next? The Medical Officials have protocols that must be followed. We Hanks’ will be tested observed, and isolated for as long as public health and safety requires. Not much more to it than a one-day-at-a-time approach, no?”

Idris Elba took to Twitter on Monday morning to announce that he, too, contracted the virus. The actor was at the same conference in Webley as Sophie Trudeau, who also tested positive.

He shared with his fans:

“This morning I tested positive for Covid 19. I feel ok, I have no symptoms so far but have been isolated since I found out about my possible exposure to the virus. Stay home people and be pragmatic. I will keep you updated on how I’m doing. No panic.

Sophie Gregorie Trudeau, the wife of Canadian prime minister Justin Trudeau, was announced to have tested positive for the virus last week.

Her symptoms developed after attending a conference in Britain in early March. The prime minister is not showing symptoms and will not be tested, but will remain under quarantine.

Kristofer Hivju, best known for his role as Tormund on “Game of Thrones,” took to Instagram on Monday to reveal he was self quarantining with his family in Norway.

“We are in good health,” he wrote. “I only have mild symptoms of a cold. There are people at higher risk for who this virus might be a devastating diagnosis, so I urge all of you to be extremely careful; wash your hands, keep 1,5 meters distance from others, go in quarantine; just do everything you can to stop the virus from spreading.

Olga Kurylenko, who starred in the James Bond movie “Quantum of Solace,” announced this weekend that she has contracted COVID-19, the disease caused by the new coronavirus.

“I’ve actually been ill for almost a week now,” she wrote on Instagram. “Fever and fatigue are my main symptoms. Take care of yourself and do take this seriously!”

Donavan Mitchell and Rudy Gobert, both players on the Utah Jazz basketball team, have tested positive for the virus.
Gobert was the first NBA player to test positive, which prompted the suspension of the rest of the basketball season.

Callum Hudson-Odoi, a forward for the Chelsea football team, tested positive for the virus, in addition to Arsenal coach Mikel Arteta. Following the announcement, all professional soccer games in England have been postponed.

WASHINGTON, DC – OCTOBER 14: President Donald Trump waves as he walks on the South Lawn of the White House before boarding Marine One on October 14, 2020 in Washington, DC. President Trump travels to Des Moines, IA for a rally.
(Photo by Oliver Contreras/For The Washington Post via Getty Images)

NEW ORLEANS, LOUISIANA – OCTOBER 12: Head coach Sean Payton of the New Orleans Saints signals to his team during their NFL game against the Los Angeles Chargers at Mercedes-Benz Superdome on October 12, 2020 in New Orleans, Louisiana. (Photo by Chris Graythen/Getty Images)

Master of Ceremonies, George Stephanopolous, speaks to the audience during the “2006 A Time of Remembrance” in Washington, D.C., Sunday, May 21, 2006. The event honored America’s fallen and the families they leave behind. (Photo by Bill Auth/MCT/Tribune News Service via Getty Images)

Actor Lena Dunham poses for photographers upon arrival at the UK premiere for Once Upon A Time in Hollywood, at a central London cinema, Tuesday, July 30, 2019. (Photo by Joel C Ryan/Invision/AP)

For this initial report, Maxwell’s team held a focus group with 14 members of a Facebook group called Long COVID.

Their testimony suggested ongoing COVID can be cyclical, Maxwell said, with symptoms fluctuating in severity and moving around the body including around the respiratory system, the brain, cardiovascular system and heart, the kidneys, the gut, the liver and the skin.

“There are powerful stories that ongoing COVID symptoms are experienced by people of all ages, and people from all backgrounds,” the report said.

Maxwell said an urgent priority is to establish a working diagnosis recognized by healthcare services, employers and government agencies to help patients get support.

“While this is a new disease and we are learning more about its impact…, services will need to be better equipped to support people with ongoing COVID, as emerging evidence is showing there are significant psychological and social impacts that will have long term consequences,” the report said. (Reporting by Kate Kelland, editing by Mark Heinrich)

WHO warns against pursuing herd immunity to stop coronavirus

How soon after COVID-19 exposure should you get tested?