Getting a regular good night’s sleep slashes the risk of heart failure by more than 40 per cent, study finds

By Joe Pinkstone For Mailonline

People who regularly get a good night’s sleep and are in a healthy nighttime routine are at a lower risk of heart failure than those who struggle to doze off.

A study of more than 400,000 Britons has revealed adults with the best sleep patterns have a 42 per cent reduced risk of heart disease compared to those with an unhealthy relationship with sleep.

The finding accounts for other factors such as age, genetics and the presence of conditions such as high blood pressure, diabetes and obesity.

Around 7.4 million people live with a heart and circulatory disease in the UK, more than double the number living with cancer and Alzheimer’s combined.

Scroll down for video 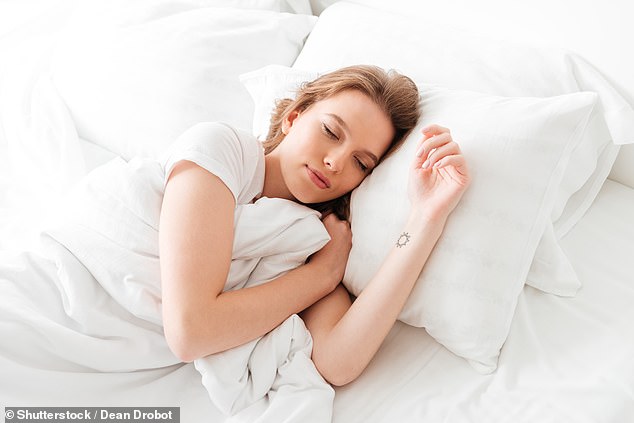 A study of more than 400,000 Britons revealed adults with the best sleep patterns have a 42 per cent reduced risk of hear disease compared to those with an unhealthy relationship with sleep (stock)

Academics from Tulane University in New Orleans took data from the UK Biobank and gave the anonymous participants a ‘sleep score’ based on the data they submitted.

This was compared with their history of heart health over ten years and the data revealed a trend between the two.

A ‘sleep score’ is based on five behaviours: sleep duration, insomnia, snoring, whether they were early birds or night owls and if they suffered from daytime sleepiness.

The findings add to emerging evidence sleep problems may play a role in the development of heart failure.

Author Professor Lu Qi from Tulane University said: ‘The healthy sleep score we created was based on the scoring of these five sleep behaviours.

Data analysis and questionnaires were used to examine the relationship between healthy sleep patterns and heart failure. 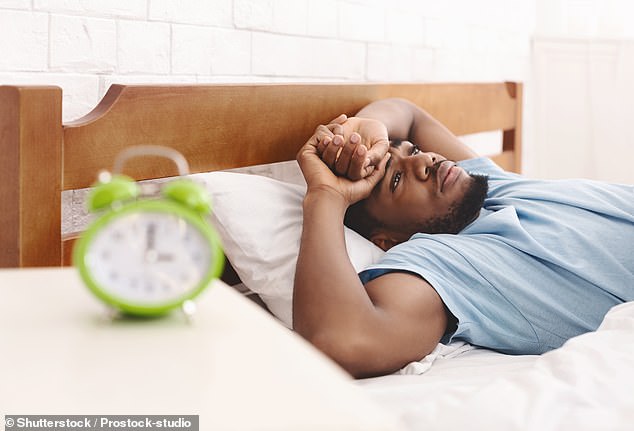 Over a 10-year period, they recorded 5,221 cases of heart failure. Touchscreen questionnaires were also used to calculate sleep score, quality and patterns.

People with the overall best sleep pattern were 42 per cent less likely to have heart failure, the researchers found.

Those who reported having no daytime sleepiness were 34 per cent less likely to suffer from heart failure.

Not having frequent insomnia was also associated with a 17 per cent reduction in risk of having heart failure, the researchers also found.

Heart failure affects more than 26 million people worldwide and numbers are expected to increase among ageing populations like the UK’s.

Getting a good night’s sleep has been linked with a number of mental and physical health benefits, including a healthy heart and strong immune system.

While the NHS recommends adults get between six and nine hours kip a night, at least 20 per cent of the population struggles to fall asleep.

The findings were published in the journal Circulation.

HOW TO COPE WITH SLEEP PROBLEMS

Poor sleep can lead to worrying and worrying can lead to poor sleep, according to the mental-health charity Mind.

A lack of shut eye is considered a problem when it impacts on a person’s daily life.

As a result, they may feel anxious if they believe lack of sleep prevents them from rationalising their thoughts.

Insomnia is also associated with depression, psychosis and PTSD.

Establishing a sleep routine where you go to bed and get up at the same time every day can help a person spend less time in bed and more time asleep.

Having tech-free time an hour or so before bed can also prepare you for sleep.

If you still struggle to nod off, keeping a sleep diary where you record the hours you spend asleep and the quality of your shut eye on a scale of one to five can be a good thing to show your doctor.

Also note how many times you wake in the night, if you need to nap, if you have nightmares, your diet and your general mood.

Talking therapies can help your recongise unhelpful thought patterns that might affect sleep.

While medication, such as sleeping pills, can help break short periods of insomnia and help you return to better a sleeping pattern.