Statins side effects are caused by ‘nocebo’ effect when patients fall ill because they believe pills will do them harm even before they take them, study says

By Milly Vincent For Mailonline

Patients taking statins could be experiencing debilitating side effects because they are told to expect them, a UK study has found.

The ‘nocebo effect’ could account for 90 per cent of ill health reported by those taking cholesterol-lowering drugs.

Eight million people in the UK take statins, with the drugs given to people thought to have a 10 per cent or higher risk of developing cardiovascular disease or having a heart attack or stroke within the next decade.

The NHS says around one in every 50 people who take the medication for five years will avoid a serious cardiac event. 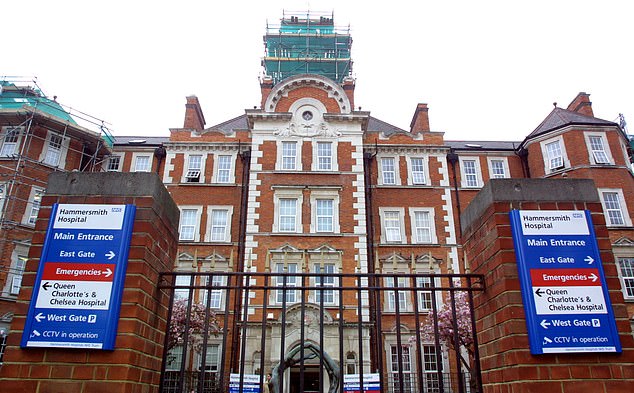 The study, which was carried out at Hammersmith Hospital, west London, (pictured) followed 60 patients who had previously stopped taking statins due to negative side effects

Despite this up to a fifth of people stop taking the potentially life saving drugs after reporting side effects including muscle pain, fatigue, nausea and joint pain.

WHY ARE STATINS CONTROVERSIAL?

Statins are the most commonly prescribed drug in the world and an estimated 30 per cent of all adults over the age of 40 are eligible to take them.

The cholesterol-lowering drugs are given to people believed to have a 10 per cent or higher risk of developing cardiovascular disease or having a heart attack or stroke within the next 10 years.

They are proven to help people who have suffered heart problems in the past, but experts say the thresholds may be too high, meaning benefits are outweighed by side effects for many people.

Nearly all men exceed the 10 per cent threshold by age 65, and all women do so by age 70 – regardless of their health.

Commonly reported side effects include headache, muscle pain and nausea, and statins can also increase the risk of developing type 2 diabetes, hepatitis, pancreatitis and vision problems or memory loss.

And Dr Rita Redberg, professor at the University of California, San Francisco told CNN in that of 100 people taking statins for five years without having had a heart attack or stroke, ‘the best estimates are that one or two people will avoid a heart attack, and none will live longer, by taking statins.’

A new study has found that up to 90 per cent of side effects reported could be down to the ‘nocebo effect’ – a phenomenon, opposite to the placebo effect, in which thinking a drug will have bad effects leads patients to experience genuinely negative side effects.

The study, which was carried out at Hammersmith Hospital, followed 60 patients who had previously stopped taking statins due to negative side effects.

Each patient was given 12 unlabelled bottles – four with statins, four with dummy pills and four with nothing in them.

Every day for a year the patients scored the symptoms they were experiencing from 1 to 100, 100 being most severe.

This compares to the results recorded while participants were taking real statins, during which time they scored symptoms on average 16.3.

Symptoms were 90 per cent as severe while taking the dummy pills as they were when taking real statins.

The clear jump between those taking nothing and those taking the inactive pills shows a ‘nocebo effect’ that the British Heart Foundation called ‘undeniable’.

Researchers at The Imperial College London hope that the findings will mean fewer people are taken off statins due to side effects.

Dr James Howard, a researcher from Imperial College London told BBC:  ‘The side effects are mainly caused by act of taking tablets, not what is in them.

‘It is crazy when you think about it, to most people it is complete incongruous.’

However the ‘nocebo effect’ does not mean that people are not actually suffering when they say they are.

Twenty-four of the 49 participants who completed the trial stopped tablets early due to intolerable side effects for at least one month of the trial, with 71 stoppages in total. 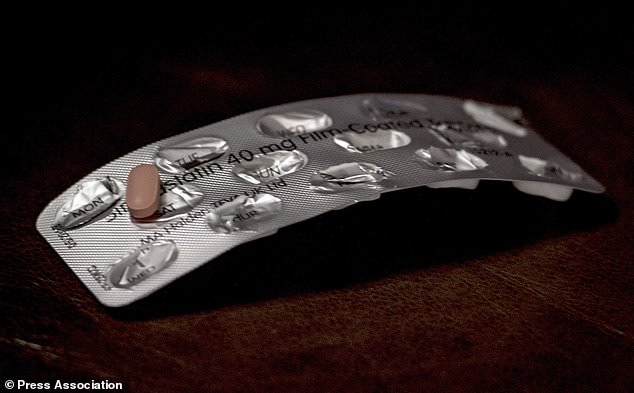 The NHS says one in 10 people suffer mild side effects from statins, while one in 100 experience more severe symptoms

Of the 71 stoppages, 31 occurred during placebo months and 40 were during statin months.

Dr Howard added: ‘Our patients were really suffering, patients are not making it up’.

Prof Sir Nilesh Samani, the medical director at the British Heart Foundation, said: ‘These results undeniably show that statins are not responsible for many of the side effects attributed to them.

‘Decades of evidence have proven that statins save lives and they should be the first port of call for individuals at high risk of heart attack and stroke.’

The study will be published in the New England Journal of Medicine and presented at the American Heart Association Conference.