Months later, he was admitted to the same intensive care unit where he served as critical care medical director, infected with the same disease he treated in others.

On November 30, Araujo-Preza, a physician at HCA Houston Healthcare in Tomball, Texas, died from coronavirus, his daughter told CNN. He was 51.

“To my brother and I, he was our dad, he was our hero, he was our support system,” said Andrea Araujo, 22. “To the family at large, he was a great help and a great inspiration for everybody.”

Born in El Salvador, he came to the US in 1994 to continue his medical education, studying at Staten Island University Hospital in New York and Tulane University in New Orleans. In 2001, he moved to the Houston area and worked as a pulmonologist for nearly two decades.

As a physician who treated respiratory diseases, Araujo-Preza was on the frontlines of the Covid-19 pandemic almost as soon as it hit. 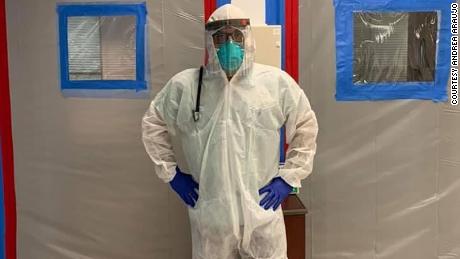 He was appointed the critical care medical director of the ICU, primarily treating coronavirus patients. For nearly all of April, he slept in a room in the hospital, always on call in case of emergency.

Araujo remembers seeing him for only five minutes a week during those days — every Wednesday, he would stop by her house to say hello.

Though his family worried for his safety, he considered the work his calling, Araujo said.

“He was so brave,” she said. “He loved medicine and he loved helping patients. He was so excited to wake up every day and go help people.”

He didn’t want his family to worry

When he fell ill with the virus in October, he put on the same brave face.

Araujo said her father initially downplayed the extent of his condition, not wanting his family to panic. He told them he was going to the hospital for supplemental oxygen, and that he expected he would be discharged the next day.

“He was always saying, ‘Oh, I’m good. I survived another day,'” she said. “He was very protective of us about his condition. And I think when he went to the hospital, he had no idea that it would become so serious.”

Araujo-Preza was admitted to the ICU at HCA Houston Healthcare Tomball in early November, where he stayed about a week and a half, his daughter said. He had barely been out of the hospital 48 hours before he had to be readmitted.

By then, his condition had become more serious, and he was eventually transferred to Houston Methodist Hospital. A few days later, he was placed on a ventilator.

How colleagues and patients remember him

Since her father’s death, Araujo has been flooded with messages from his former classmates, colleagues and patients who have stories and memories to share.

“I want to tell you that your dad was always admirable,” a woman who went to university with him wrote to her in Spanish. “Very intelligent with a bright personality.”

Coworkers described him in messages as a compassionate and skilled physician, who explained things to them with patience and went out of his way to make people smile. 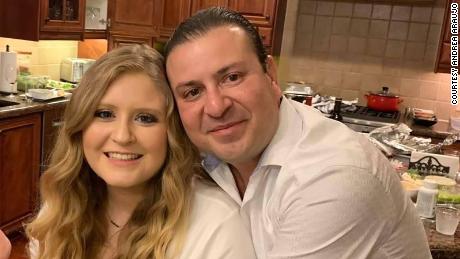 “I worked with your dad for almost 20 years and will miss him very much,” one colleague wrote. “He was so gracious… his enthusiasm for life was contagious… and his eyes lit up whenever he spoke of you and your brother.”

Another detailed how Araujo-Preza uplifted her early on in her career.

“I was a brand new nurse and he was just really encouraging,” she wrote in a Facebook message. “He told me I was going to go really far in life, and it meant so much to a 21 year old girl at the time.”

Family members of patients spoke about the attention and care he had given their loved ones.

“Your dad was an amazing physician and friend,” one person wrote. “He took the absolute best care of my grandparents and I could never repay him for the love and support he showed them.”

The hospital system Araujo-Preza worked for said he would be remembered for “his profound commitment to his patients.”

“His clinical excellence, compassionate care and kindness will be greatly missed,” HCA Houston Healthcare said in a statement to
CNN affiliate KHOU.

Knowing her father was so beloved and made such an impact has been a source of comfort in an otherwise difficult time, Araujo said. He won’t be there to witness graduations and weddings, and he won’t get to meet his grandchildren.

But it’s a piece of wisdom from her father that is keeping her going.

“My dad always said, ‘The sun will always rise tomorrow,'” Araujo said. “So I need to continue.”