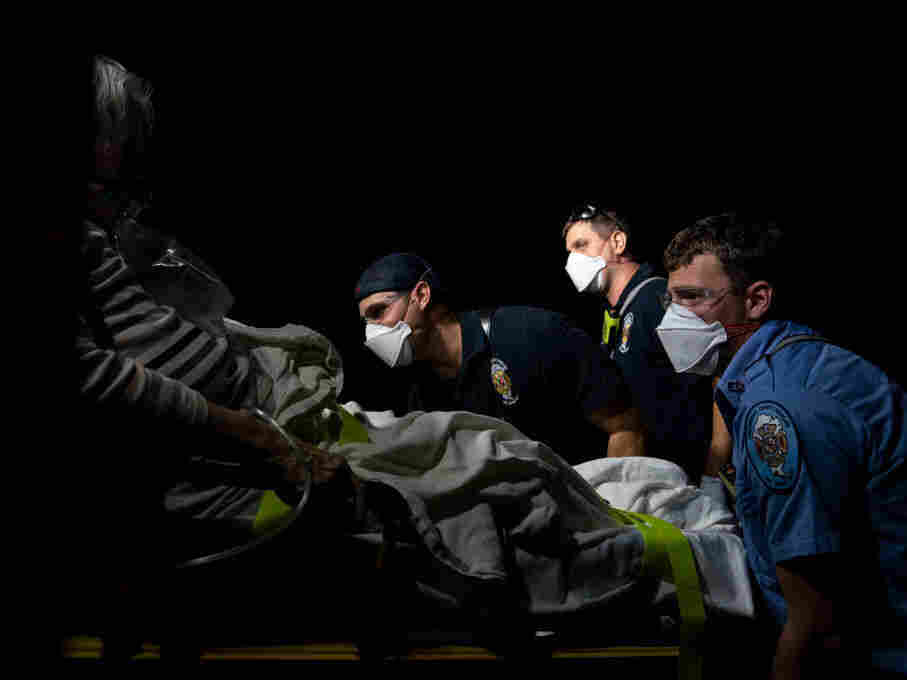 As COVID-19 cases surge, the federal government is releasing data about hospital capacity at facilities around the country. 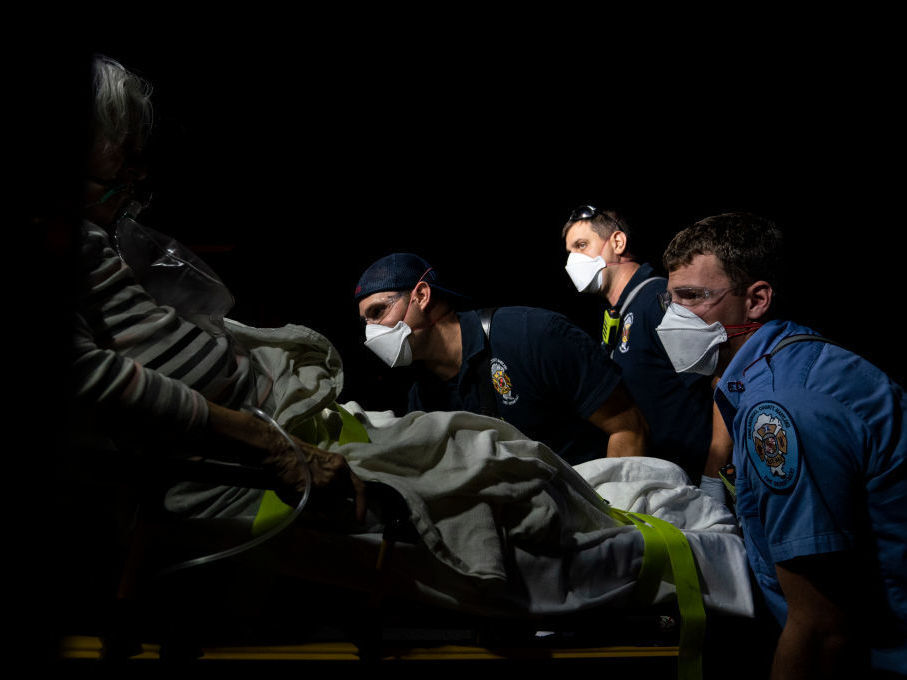 As COVID-19 cases surge, the federal government is releasing data about hospital capacity at facilities around the country.

New data released by the Department of Health and Human Services on Monday gives the most detailed picture to date of how COVID-19 is stressing individual hospitals in the United States.

The information provides nationwide data on hospital capacity and bed use at a hospital-by-hospital level. This is the first time the federal agency has released the COVID-19 hospital data it collects at the facility level. Previously, HHS only released data aggregated at the state level.

“The new data paints the picture of how a specific hospital is experiencing the pandemic,” says Pinar Karaca-Mandic, a professor at the University of Minnesota who worked with HHS to vet the data before it was published, through her work with the COVID-19 Hospitalization Tracking Project.

The dataset — which includes capacity reporting from hospitals in 2,200 counties in the U.S. — spotlights areas where hospitals are getting dangerously full. In 126 counties, the average hospital is at least 90% occupied, according to an analysis of the data by the COVID-19 Hospitalization Tracking Project. The states with the most counties above this threshold are Kentucky, Georgia, Minnesota, Oklahoma and Texas.

Hospitals both large and small are feeling the strain, the data show. In Texas, for example, both the Memorial Hermann Hospital System, with its 250 beds, and the Hereford Regional Medical Center, with its 31 beds, were above 90% capacity in the past week.

Previously, with only state-level data available, it was hard for health leaders and researchers to identify regional hot spots. The new data show where individual hospitals are being overwhelmed, even when a state overall isn’t at crisis levels.

“I was surprised and blown away [that they’re releasing this data],” says Karaca-Mandic, “Facility-level data, the ability to look at an area smaller than a state, is very important.”

The dataset, uploaded to Healthdata.gov, provides a weekly snapshot of how COVID-19 is impacting individual hospitals across the country, including the number of COVID-19 patients admitted to the hospital and the number of severely ill patients requiring intensive care. The information dates back to July 31. Going forward, the data is expected to be updated each week.

As NPR reported in October, HHS has collected this facility data since mid-July and has shared it internally, but not publicly. Researchers have been calling on the federal government to release this data.

HHS says the severity of the pandemic in the U.S. caused them to publish the data now. “The COVID-19 hospitalizations have increased dramatically over the last two months, and the data needs to be available for all of those who can assist in the response, including at the local level,” wrote a spokesperson for HHS, in an email to NPR, “Additionally, the general public needs to be able to see the severity of the impact in their local area at their local facility.”

Data transparency advocates celebrated the release. “This is really huge,” says Ryan Panchadsaram, co-founder of the website COVID Exit Strategy, who was consulted by HHS about the dataset. “What you can see in this data is that our hospitals are under so much stress. And when we’re thinking about how serious we should be taking this crisis, this open data release is helping provide the data that’s needed to help people make the right decisions.”

The data can help local and state leaders make decisions when to implement restrictions or mandates in their communities to avoid overwhelming hospitals or where hospitals need support. And it can help the public understand why they should comply with such guidance. Using the state’s own data, for example, California Gov. Gavin Newsom announced last week the state would use regional ICU capacity figures to dictate stay-at-home orders.

While the data can inform people about the capacity of their local hospitals, it should not stop people from seeking care, says HHS. “Patients should not be discouraged from seeking hospital care based on their interpretation of the data,” an HHS spokesperson wrote in an email to NPR, “Hospitals have protocols in place to keep patients safe from exposure and to ensure all patients are prioritized for care.”

Alexis Madrigal, cofounder of the COVID Tracking Project and a staff writer at The Atlantic, also reviewed the data before it was released. He says that in addition to health care leaders being able to make better decisions, making the data available to the public can also help address concerns that political appointees may have changed the data to downplay the pandemic.

“The most important thing was … did we see any hint that there was an attempt to minimize the impact of COVID in these hospitals?” he says. “These were the things that people were really worried about. Now that HHS is running this data, is there political influence on it? And I can say we haven’t been able to detect anything like that.”

Public health experts raised concerns about possible political influence when HHS took over the collection of COVID-19 hospital data from the Centers for Disease Control and Prevention in mid-July. At the time, HHS officials said the CDC’s hospital data collection was incomplete and time-lagged — which HHS has tried to remedy by mandating daily hospital reporting, on the threat of losing Medicare and Medicaid funding.

More hospitals have reported more data into the HHS system in recent months. And the quality of the reported hospital data, which was severely compromised by the July reporting change, appears to be improving.

“The data release is not perfect,” says a GitHub FAQ about the data, written by data journalists and researchers who reviewed the data. But “[it] has been reliable enough to be used in Federal response planning for some time and continues to improve each day.”

What’s still missing nationally, says Panchadsaram, is a clear link between the data collected and federal guidance. “There’s this void of connecting the data being reported about the virus and the guidelines and thresholds that go with them. The Administration continues to hesitate to share how the guidance that CDC issues connects with the data being reported,” says Panchadsaram, who worked as a data official in the Obama administration.